In today’s segment.. I’ve always wanted to say that. I need my own television show! My I’m going to be talking about your gift ideas for men! Specifically my man and other men in my life. Why do I feel like shopping for men is so hard? Is it because I’m not one? Should I feel bad that I don’t know my man enough to know what to get him? I mean if we’re being honest here I feel that way about him. I mean he’s been with me for three years+ he should know what I want, am I right? But truth be told it’s not that simple. I know my in one last post I pretty much drew an outline on things I wanted for Christmas even though I’d be happy with anything.. Too bad my man doesn’t read my blog.

The problem with my man and me I guess is that If he wants something, he buys it and if he doesn’t then I just assume he doesn’t want it.

I’m going to start this off with a couple of things that I saw on Amazon’s gift lists for men which is super helpful and no this isn’t a sponsered post. (although I wish it was! Holla at me Amazon!) I’m going to drop a couple of screenshots before I start my list! 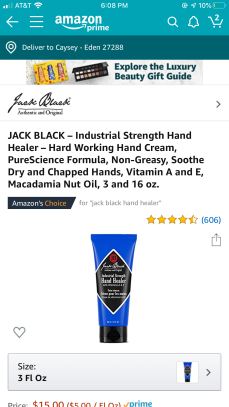 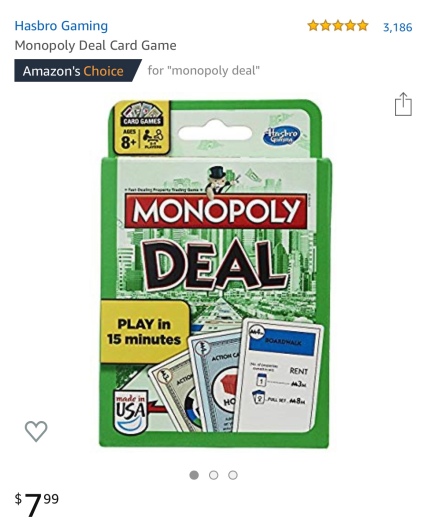 I’m going to start with the most basic, wallets. Although I feel like wallets are a good gift and I’ve even seen some really cute ones that you can get names engraved and pictures etched on which is wonderful but it’s not something you can get every year! Personally, my man has a really nice wallet that has lasted him for years but he has a hard time with just laying it wherever he pleases along with his keys, money, phones (he has to have two for work) change and whatever else he might have in his pocket. Last week we were in Marshall’s and I saw that he was looking at one of these wallet organizer things which I think would be a really neat idea! Especially the one with two phone chargers, it’ll help keep his stuff organized and not all over my counters, Great idea!

Now I feel like men are less likely to buy personal care items for themselves even though I know that they like to look good too, they just might not think about it all the time. Stuff like Beard balm, chapstick, face masks (for men, yes they make those) beard combs and accessories and a beard straightener.. Yes I said it.. A straightener for your beard. The videos look super nice and convincing on Facebook and I looked on Amazon to see if I could find one more.. Reliable. I’m skeptical about Facebook Ads, okay? Creepy enough that they can read minds. I don’t need to feed into it more. I am 100% buying a beard straightener for my man. Thankfully he doesn’t read my blog posts. It’s partially a gag gift and partially something that I hope he’ll use!

I always feel like video games are a winner for me and it never fails that a new one comes out just in time for the holidays. Now this only works if my man doesn’t buy it first but if he does I just settle for Playstation gift card and he can use it to go toward another game or new skins on fortnight or whatever else you need money for on gaming systems. Now I know that not every man is a gamer, mine isn’t really but when he’s in the mood and just wants to chill out and talk with his friends on the headset he’ll get on! I try to tell myself that this is his social time with his friends to make it feel like it’s not taking time away from me time.. even though it still is. I like to see him happy and doing his thing with his friends.

I know this sounds pretty basic but I think you can find “A book for dummies” on just about anything your man might be into and that would be a super good gag gift! My man is really into mechanics and putting stuff together so I could get him a book on that. I saw the dad jokes book on the amazon sight and I feel like that would be a really good gift for first time dads! Super precious, maybe one day *wink, wink*. I also think card games could be a good one! Like drinking games or uno or fun classic games like that! Good ideas for stocking stuffers. That and the hand lotion. Almost every man needs a good hand lotion.

Clothes.. Socks.. Undies.. If your man is anything like mine he’s horrible about buying clothes for himself. My man loves this one pair of jeans that were $60 They’re Wrangler Retro Slim Straight and he said they’re the best pair of pants he has ever worn. I was so surprised when he even bought that! I might get him another pair of those in a different color just because he likes them a lot! And thermal pants/shirts for work or for just outside things. Men get cold too! Just really nice clothes that he might not get himself! Socks and undies are such a mom thing to get but it’s also something you can’t have enough of and you wear them everyday (I hope)

I hope this post helps sparks some ideas for you! What is something you would buy for your man? Or if you’re a man what’s something you’re asking for/would like for Christmas? I also feel like personalized items are good to buy like something you two bond over together.